Seeing the Light: A Sevaan Group history – and future – of laser cutting 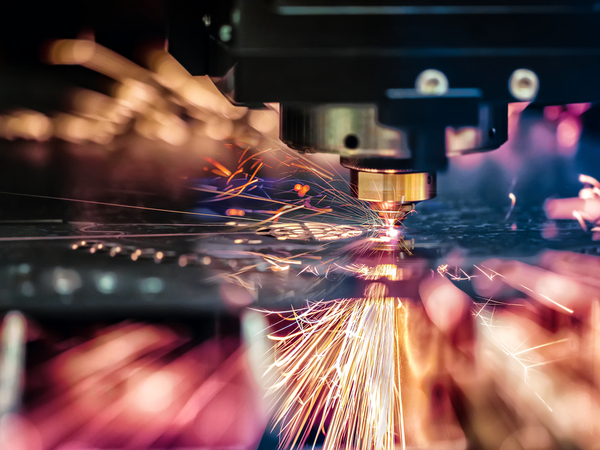 As Sevaan Group has recently reported, Industry 4.0 is revolutionising the metal manufacturing industry.

And while new technology including 3D printers and artificial intelligence are making waves, there have been other ground-breaking innovations through the years… and one of the most enduring is laser cutting.

“Laser cutting dates from the 1960s,” advises Jim Tzakos, Sevaan Group Co-Founder and Chief Executive Officer, “and while the basic premise has stayed the same, the machines have changed significantly.”

At Sevaan Group, our state-of-the-art laser cutting machinery in Western Sydney helps us create precision metal fabrication. And to see how far we’ve come, we thought we would take a look back at the origins of laser cutting… and noteworthy developments over the decades. 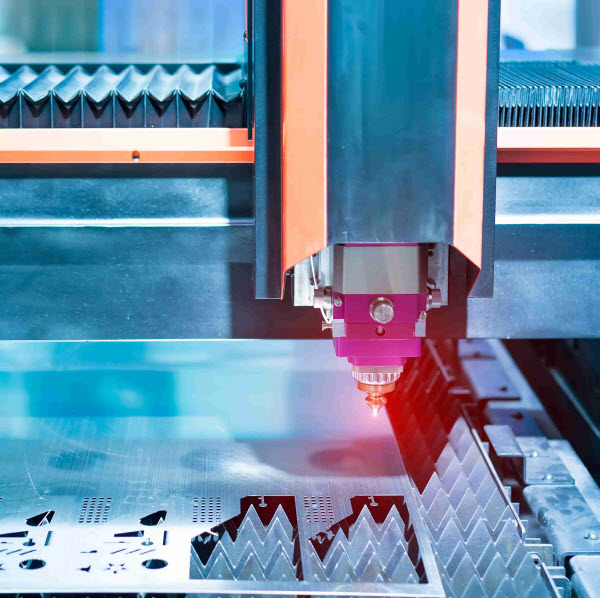 Laser cutting is computer controlled – with lasers designed to melt, burn or vaporise components according to specific designs or instructions. There are two primary types of laser cutting – fusion cutting and oxidation cutting – which are slightly different processes. Fusion cutting involves fusing the material with a laser beam and applying a jet of high-pressure nitrogen to remove the excess molten material. Oxidation cutting on the other hand heats the material to the temperature of combustion. The material is then oxidised, which removes the excess molten material.

Forms of laser cutting date back decades, but they have been refined with newer technologies to make the process faster, more energy efficient and precision accurate.

The origins of laser cutting

Scientists including Albert Einstein and physicist Max Planck had started to explore the potential uses of light in the first half of the twentieth century, but it was not until 1960 that American physicist and engineer Theodore H Maiman created the first working laser. Then in 1964, physicist and electrical engineer Kumar Patel invented the carbon dioxide laser… a technology that had direct potential for material cutting in manufacturing.

One of the first companies to jump on board was Western Electric, a major American electrical engineering and manufacturing firm. It introduced the first laser designed for production in 1965, which it used to drill holes into diamond dies.

Another leap occurred in 1967 when Peter Houldcroft, German scientist and Deputy Scientific Director at the Welding Institute in Cambridge, spearheaded the development of a laser-cutting nozzle that used oxygen assisted gas with a concentrated CO2 laser beam to successfully cut through a 1mm steel sheet.

As the Welding Institute worked to commercialise the technology, representatives of the Boeing company released a report in 1969 suggesting great potential for CO2 laser cutting in industry. And this piqued wider interest across diverse industries.

Laser cutting into the 70s and 80s

Within a decade, carbon dioxide lasers had spread throughout the manufacturing industry. The first commercial CO2 laser cutting system was introduced in 1975. In 1979, an Italian company called Prima Industrie invented the first 3D laser-cutting process with a five-axis rotation system. And simultaneously, a hybrid punch/laser machine was finding its way onto factory floors… and it had something new – the ability to cut precise curves.

This opened up significant potential for high-tech industries, including vehicle and aerospace manufacturers.

In the 1980s, laser use in industry diversified. Lasers were used for intricate metal marking and engraving for the first time, and laser welding emerged, which provided an efficient and high-speed solder-free alternative to traditional joining methods. 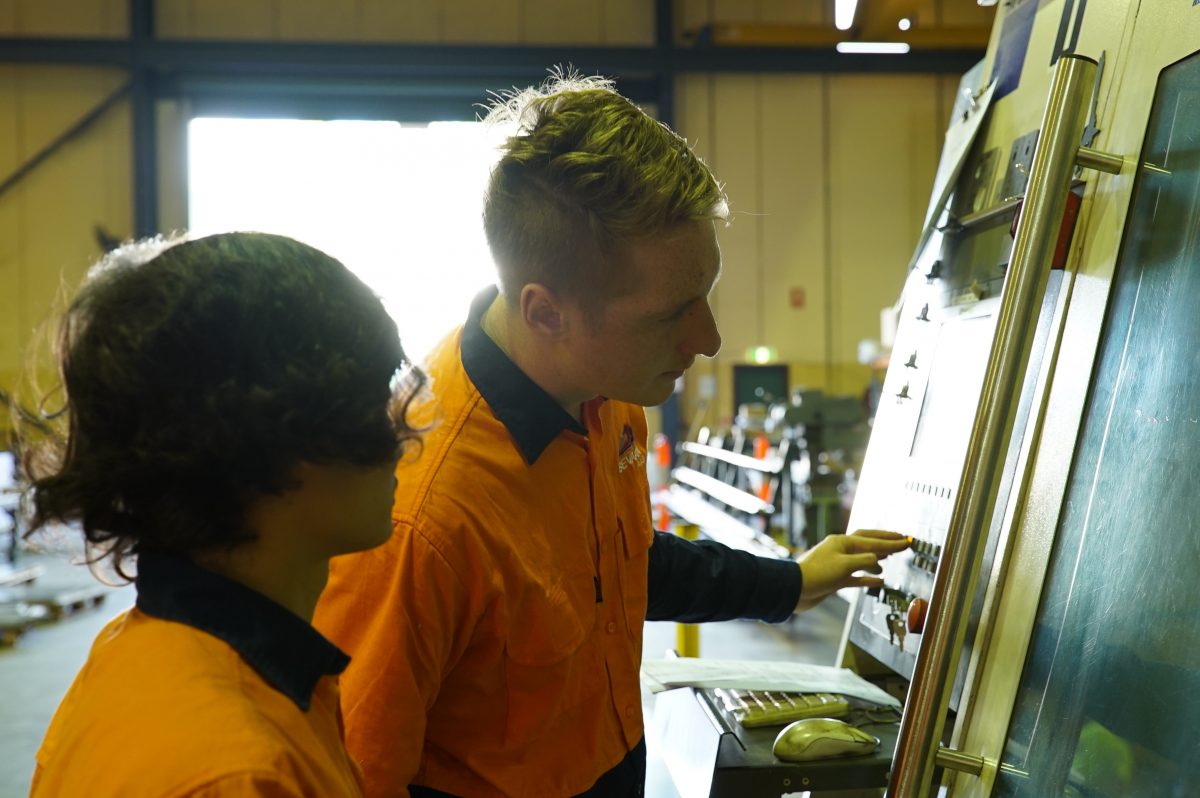 Turn of the century developments

Its power capability was a massive leap over existing laser technology. Laser cutters across industry became substantially faster – and even more accurate.

This also led to one of the most important developments through the entire history of laser cutting and industry in general – mass production. Components could be produced on a scale never before seen… and this would change the face of metal manufacturing globally.

By 2002, the automotive and aerospace industries were utilising laser cutting technology extensively, and 4KW solid-state lasers were now common across the wider manufacturing sectors. In 2005, a functioning short-pulse laser was released, making micromachining possible… and leading directly to the highly efficient, effective and fast machines that we use today. 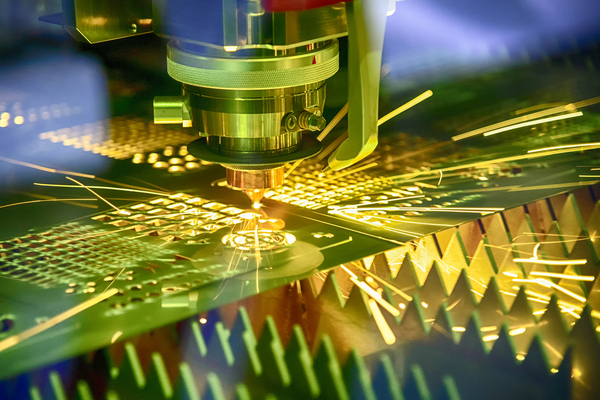 In February 2017, Grand View Research released the finds of a study which suggested the global laser cutting market would grow to an incredible $6.72 billion by 2024.

This rapidly expanding demand has been met by incredible innovation in recent years… and one of the biggest innovations lies with Industry 4.0.

Industry 4.0 – also called the 4th Industrial Revolution and Industrial Internet of Things (IIoT) – is commonly thought to be about robotics and automation, but it is more accurately described as the wider immersion of digitalisation technologies into traditional spaces. And a prime example is system integration, or the integration of new digitised technology with existing machinery.

Integrated software systems can start with a 3D design and create a production program that links to robotically controlled lasers. Intricate products and components can now be manufactured faster and more precisely than ever before. And that has huge benefits for enlarged and more cost-effective production runs. 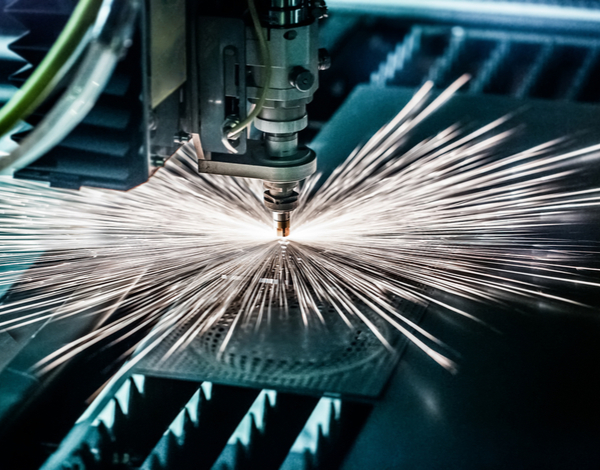 The applications of laser cutting are also expanding as technology progresses… and moving through new sectors.

Architects and designers, for instance, are using lasers to produce intricate designs and constructions including decorative cladding, balconies and balustrades.

The innovative use of a direct beam powered by high-performance diodes has increased the power of laser cutting.

And Direct Diode Laser (DDL) technology is set to overtake solid-state and pulse lasers. Research has shown that DDL cuts 15% faster than other methods, with a massive 30% increase in speed when cutting aluminium sheet metal.

The future of laser cutting could move in several directions. One area in which Jim Tzakos also sees potential is 3D printing and scanning. “In terms of a 3D scanner, it can scan an object and convert the data to a file for printing. We can use that file to create machine metal components – but it could also be applicable to laser cutting, CNC machining, folding and welding.” 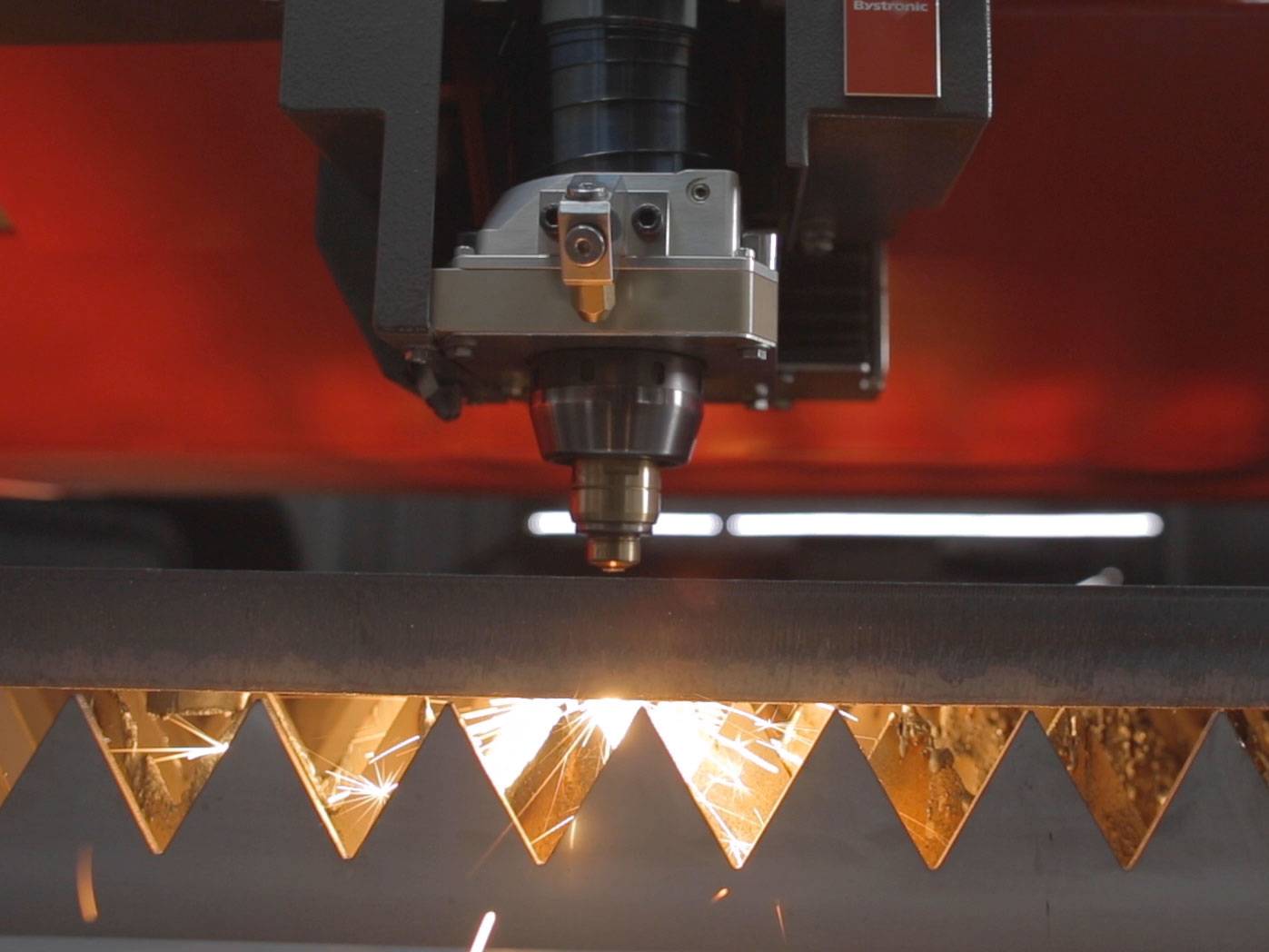 For our laser cutting, it ensures a meticulous cut for even the most intricate of shapes… giving customers supreme versatility.

We are looking to add to our laser cutting services with a new Bystronic Fibre Laser in February.

Lasers have several other applications across industry, and at Sevaan Group we also employ laser marking and engraving. Our machines are reliable, rugged and consistently provide exceptional and accurate finishes. They’re ideal to add part numbers, logos, identification text or bar coding to a range of metals and materials.

And whether we’re cutting, engraving, bending or folding, all processes are controlled by our exceptional team of skilled engineers and technicians. 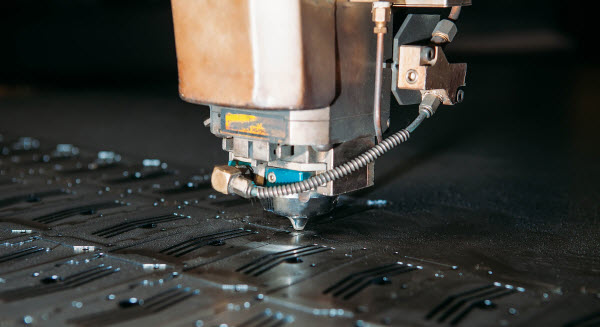 Into the future with Sevaan Group

As laser cutting has developed over the decades, it has enabled the highest quality metal fabrication… and plenty of opportunity for our clients and staff.

For Sevaan Group staff, new technology has meant the chance to upskill and work on more engaging projects.

For our clients, advanced laser cutting and other new technologies such as system integration and robotic welding have increased the speed, efficiency and accuracy of every job; they afford supreme versatility in design for manufacture… and increasing cost-effectiveness.

Read more about our technology and Industry 4.0 journey here. Or contact us for leading laser cutting services.